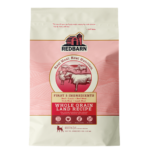 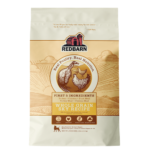 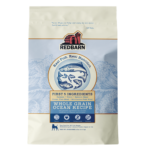 Click on each product to learn more about their individual qualities. If your dog loves meat, they’ll love Redbarn’s Whole Grain Dry Dog Food. The first FIVE ingredients in all three recipes are meat, fish, or poultry, depending on the recipe. Animal protein is the best source of protein for our pups, and these Whole Grain recipes will help support your dog’s overall health, wellness, and longevity into their senior years.

For over 25 years, Redbarn Pet Products has been a family-owned business, growing into your trusted leader in treats, chews, and food. From then through now, Redbarn’s commitment to pet parents is simple: to cook food made with clean ingredients to support the health and wellness of your dog. It’s food we all feel good about.

Feeding Preserved Forage to Horses: If you had the chance to feed your horse better for optimal health, behavior, and performance, what would you do? A recent article addresses the fact that many horses are fed based on historical trends rather than modern conditions.

Domestication significantly altered equine diets. This according to the authors of the article*. Horses were once recruited as beasts of burden. They were far too busy to graze fresh pasture for the majority of the day. Instead, owners fed oats, barley, beans, and root vegetables to provide sufficient energy for work. Offering preserved forage such as hay was more difficult in those days due to the challenges associated with the distribution and transport of bulky forages in addition to concerns regarding the quality of forage.

Now, many horses continue to receive preserved forages—including hay, haylage, and silage—rather than having access to fresh pasture. Their workload dramatically decreased compared to past times. Even so, some horses are still fed too many energy-dense feedstuffs (concentrates) and insufficient preserved forage or fresh pasture. The availability of quality forage can often negate the need for excess concentrates.

Recommendations were made in reference to feeding preserved forage based on a comprehensive review of the literature and information garnered during conferences and nutrition workshops.

“Note that these recommendations apply to healthy horses with an ideal body weight and no underlying medical condition. Although these suggestions are useful generalizations, every horse is unique and must be fed individually. Tailor your horse’s diet to meet his needs. For example, consider consulting with one of the nutrition advisors at Kentucky Equine Research,” advised Kathleen Crandell, Ph.D., a nutritionist for KER.

Offer a well-formulated vitamin and mineral supplement. Especially for horses on diets composed entirely of forage.

Do you have question about Feeding Preserved Forage to Horses? Stop by Kissimmee Valley Feed. Check out our excellent Horse Feed, Hay and Health supplies.

Chicken Predators – What You Need to Know Chicken Predators – What You Need to Know: Humans aren’t the only animals that enjoy a delicious chicken dinner.

It is frustrating to discover chickens killed by a mink or carried off by a fox. Fortunately, predators can be foiled.

Predators are everywhere. No flock is completely safe from some carnivorous species that would like to eat them.

Raccoons and domestic dogs probably kill more chickens than any other animals and live in both rural and urban areas. Raccoons are surprisingly abundant even in New York City!

Seeking revenge is often the first reaction a flock owner has when birds are killed.

Shotguns and traps are sometimes used but killing a chicken-eating fox or raccoon can be both illegal and dangerous. Preventing predation is far more effective than shooting or trapping an animal or two.

Most chicken losses occur at night when raccoons, skunks, opossums, owls, mink, and weasels are most likely to prowl.

The best defense against night shift chicken snatchers is a sturdy tight coop. Chickens come inside at dusk and are almost comatose when sleeping. Once they get inside predators can easily pluck a plump hen off the roost.

The solution is making entry nearly impossible. That’s easier said than done. A mink can ooze through a one-inch diameter hole while weasels can fit through even smaller cracks.

Some ways to keep predators out of the coop include:

Preventing daytime predators from snatching chickens is more challenging as the birds are often outside.

Dogs are probably the major daytime chicken killers, but several species of hawks may also prey on hens.

Mink, foxes, and weasels are occasionally active during daylight hours but raccoons, opossums, and skunks rarely are. Preparing the run in two ways will reduce predation.

First, confine the flock with a sturdy fence that keeps chickens in and dogs out. Usually, a stout four-foot-tall fence will prevent heavy chicken breeds from flying over it while excluding dogs and foxes. Light breed chickens are adept flyers and a six or eight-foot-tall fence may be needed to confine them.

Second, provide overhead protection. A sure-fire way to keep raptors from snatching an occasional chicken is to cover the run with wire mesh. Small outdoor runs can feature a roof that also keeps rain and snow off the ground.

Chickens, like rabbits and other prey species, recognize that danger can come from the sky. They are safer when the run provides some overhead cover.

A few shrubs planted in the run give chickens places to safely loiter beneath their intertwined branches. A picnic table placed in the run also gives birds a safe haven from the bright sun and overhead predators.

Predators are crafty and often catch chickens and their owners by surprise. Months can go by with no loss. Then in just a sort time, many birds can be killed. Preventing predators from accessing chickens is the best way to keep them safe.

In conclusion, Kissimmee Valley Feed cares about the safety and health of your chickens! See our poultry selection here.

Read more articles similar to this one and the original article at Nutrena, Scoop from the Coop.

Posted in Articles, Chickens, News & Updates | Comments Off on Chicken Predators – What You Need to Know 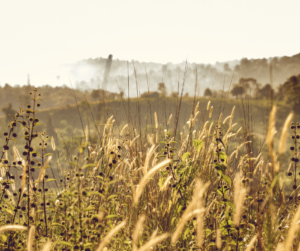 Weed Control for Hay and Pasture Weeds: Here are some helpful tips for weed management in forages are presented in a simple/straight-forward fashion for your convenience.

The flowering stage is an excellent time to attempt some control of poisonous perennial plants. A number of common plants can be poisonous when eaten in sufficient quantity by livestock, so monitor those pasture and hay fields closely. Remember that perennial weeds are most sensitive to control with a systemic herbicide when they are in the bud to bloom stage and in late summer. Biennials including musk and plumless thistle, burdock, wild carrot, etc. should be treated before they begin to bolt (they are bolting now or very soon) and the smaller the better. Late fall or early spring is even a better time to treat them. And finally, control summer annual weeds as soon after they emerge as possible when they are most sensitive to chemical control. Below are some guidelines to provide a quick management summary for some common weeds of pasture.

Management guidelines for some problem weeds of pastures:

In conclusion, Kissimme Valley Feed offers a variety of garden supplies, fertilizers, plants, and preventative care for your lawn. Keeping your pasture, lawn, or garden free from bugs and weeds is important.  Our selection of herbicides, insecticides and pest traps will have you in control of these pesky critters. See our lawn and garden section here.

Posted in Articles, News & Updates | Comments Off on Weed Control for Hay and Pasture Weeds