Your Horse: Avoid Being Felled by Fall Founder

Your Horse: Avoid Being Felled by Fall Founder: If you’ve been involved with horses for any length of time, you’re no stranger to the anguish caused by laminitis. You may be aware of common causes of founder. For example: grain overload, endocrine disturbances, and overloading of supporting limbs, there’s one you may overlook: fall grazing.

Spring pastures contain high levels of sugar that can induce a bout of laminitis. However, a feeding frenzy in the fall could have the same effect.

“Some rain and a late-summer heatwave, especially after a long, dry summer, can cause pastures to have a growth spurt similar to what happens in the spring. These pastures can have high water-soluble carbohydrate levels, including both sugar and fructan, that may induce laminitis,” explained Catherine Whitehouse, M.S., a Kentucky Equine Research nutrition advisor. “Fall founder can also occur following the first frost.”

Cool-season forages such as tall fescue continue to grow late in the year, posing a risk for any horse or pony predisposed to developing laminitis. Further, cool-season grasses often experience a dramatic increase in sugar content after a frost.

“Grazing muzzles must be used for at-risk horses even in the fall to avoid pasture-associated laminitis,” Whitehouse said.

Using a research-proven buffer such as EquiShure will help minimize changes in hindgut pH, thereby stabilizing the intestinal microbiome.

Laminitis remains one of the most common reasons for euthanasia of horses. Above all, direct efforts at hoof health regardless of the season. One study* reports reasons related to euthanasia were attributed to disease stage, severity, and progression. For example, persistent lameness following a recent bout of laminitis commonly prompted owners to elect humane euthanasia.  A horse had a slow recovery from a laminitic episode. Some owners perceived their horses were at risk for future episodes and chose to euthanize.

Horses that have recovered from laminitis may benefit from a well-rounded hoof supplement. “Kentucky Equine Research offers high-quality products that include nutrients necessary for growth of strong, resilient hooves, such as biotin, zinc, methionine, and iodine,” shared Whitehouse.

In conclusion, do you have a specific question about your horse’s  health or diet? Visit Kissimmee Valley Feed today to check out our horse feed, hay and supplies!

Posted in Articles, Horse, News & Updates | Comments Off on Your Horse: Avoid Being Felled by Fall Founder 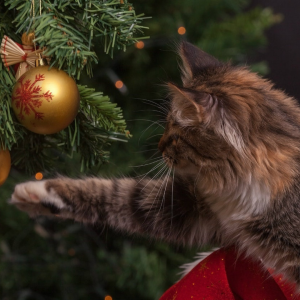 The holiday season is just around the corner and many pet parents want to include the family pet in their holiday celebrations. As you get ready for all the festivities, it’s important to keep your pet’s exercise and eating schedule routine. Also, it’s important to steer pets clear of the following unhealthy treats, toxic plants, and dangerous decorations. Our holiday safety tips for pets will get you and your pet ready for the holidays.

Christmas Trees – Be sure to secure and anchor your tree so it can’t tip over and fall. It’s also important to keep the tree water away from your pets because the fertilizers and bacteria in the water can cause major stomach upset and possibly diarrhea.

Mistletoe & Holly – Holly, when ingested, can cause pets to suffer nausea, vomiting, and diarrhea. Mistletoe can cause gastrointestinal upset and cardiovascular problems. And many varieties of lilies can cause kidney failure in cats if ingested. Opt for just-as-jolly artificial plants made from silk or plastic, or choose a pet-safe bouquet.

Tinsel – Kittens love to play with tinsel because it’s sparkly and floaty. However, this so-called toy can be easily swallowed which can lead to an obstructed digestive tract, severe vomiting, dehydration and possible surgery.

Candles – Don’t leave lighted candles unattended because pets can easily burn themselves or cause a fire if they knock candles over. Be sure to put out candles when you leave the room.

Wires, Batteries, and Glass Ornaments – Please keep wires, batteries, and glass or plastic ornaments out of paws’ reach. There are many dangers that can befall your pet while these holiday decorations are out for them to get into. A wire can deliver a potentially lethal electrical shock and a punctured battery can cause burns to the mouth and esophagus, while shards of breakable ornaments can damage your pet’s mouth and digestive tract.

Sweet Treats – As you know chocolate is a big no-no for dogs. Please make sure all holiday treats that have chocolate or xylitol are kept away from your furry friend. Secure leftovers and garbage cans.

Leftovers – Do not feed your pets leftovers from your holiday meals. Obviously, they have pet food to satisfy their appetites. Olsen’s has lots of pet treats for your family pets.

Alcoholic Beverages – Christmas and especially New Years most likely will have beverages with alcohol that can be lethal to pets. Make sure to place your unattended alcoholic drinks where pets cannot get to them. If ingested, your pet could become weak, ill and may even go into a coma, possibly resulting in death from respiratory failure.

Fireworks – Just like fireworks during the Fourth of July celebrations, New Year’s is a time when noisy poppers, blowers, and loud noises are common while counting down to the new year. However, these noisy festivities can terrify your pets and possibly cause damage to their ears. Be sure to secure them in a safe, escape-proof area as midnight approaches.

These holiday safety tips for pets will help you enjoy the holidays. Visit Kissimmee Valley Feed to treat your pets this holiday season.

Posted in Articles, News & Updates | Comments Off on Holiday Safety Tips for Pets

Tips for Raising Chickens in Winter

Raising chickens in winter can be a lot of fun. Some hens love wandering around the yard and their first snow sighting can be quite entertaining. A bird’s thick feathers are a natural protective coat. As a result, most breeds are well-equipped for winter.

Here are a few tips on how to care for chickens in the winter:

In conclusion, visit Kissimmee Valley Feed to treat your flock!

Ready to see the difference a complete feed can make in your flock? Sign up for Purina’s Feed Greatness® Challenge.

Posted in Articles, Chickens, News & Updates | Comments Off on Tips for Raising Chickens in Winter

Head on over to Kissimmee Valley Feed Store #2 to take advantage of these December Astro Sales. Savings valid at our 215 13th Street St. Cloud, FL 34769 only. Stock up and save today! Please note the varying expiration dates.

Buy any two bags of our Cookies, Cod Crisps, Ocean Chews, and Purely One Fish Treats, Get 1 bag FREE!

Get $5.00 OFF all CHEW-A-BULLS Dental Treat Bags

Get $2.00 OFF all NaturVet Products (Limit 6 per customer) 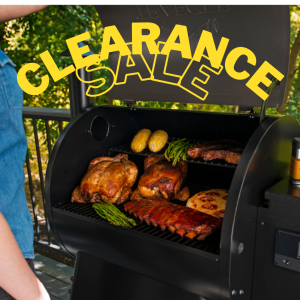 Kamado Joe and Traeger Grills are on Clearance as well as the brand’s grilling accessories! Kissimmee Valley Feed’s Second Store, located at 215 13th Street, St. Cloud, FL 34769, is hosting this deal. Head on over to that location and check out the grills and accessories on clearance.

To get a good idea of the product selection, click here.

Posted in News & Updates, Promo, Specials | Comments Off on Kamado Joe and Traeger Grills on Clearance